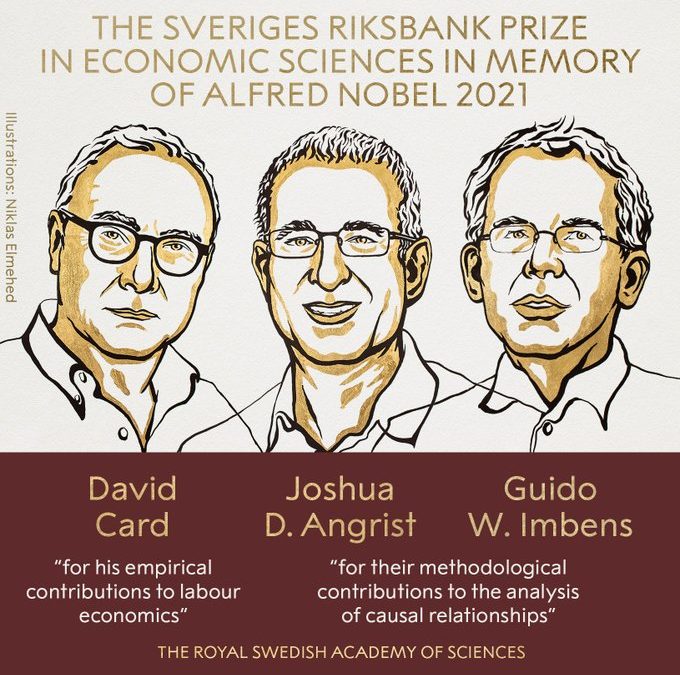 Economics Professors David Card, Joshua D. Angrist, and Guido W. Imbens have been awarded the 2021 Nobel Prize in Economic Sciences in Memory of Alfred Nobel. The Sveriges Riksbank awarded one-half of the prize to Professor David Card “for his empirical contributions to labour economics,” and the other half to professors Joshua D. Angrist and Guido W. Imbens “for their methodological contributions to the analysis of causal relationships.” 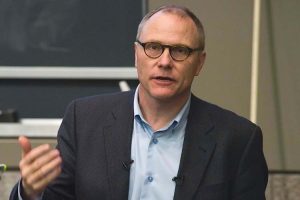 David Card is a Canadian American labour economist who obtained his B.A. and Ph.D. in Economics from Queen’s University (1978) and Princeton University (1983). The Professor of Economics at the University of California, Berkeley, who also doubled as the Director of the Labor Studies Program at the National Bureau of Economic Research, has contributed enormously to research on labour, most especially minimum wage as well as immigration, education, job training, and inequality.

On minimum wage, Card and his colleague Alan B. Krueger argued that an increase in the minimum wage might not result in a decline in the employment rate, contrary to the general proposition that the unemployment rate increases as the minimum wage increases. Card and Krueger justified their arguments by conducting an empirical investigation on the behavious of fast food companies in New Jersey. The findings of their study confirmed that an increase in the minimum wage did not retard the employment rate of the fast-food companies in New Jersey. Though some Economists disputed their findings, Joseph Stiglitz, Paul Krugman, and a few others welcomed the findings of Card and Krueger. These findings, among others, earned Card multiple awards, including the 1995 John Bates Clark Medal, the 2014 BBVA Foundation Frontiers of Knowledge Award in Economics, and the Nobel Prize for Economic Sciences. 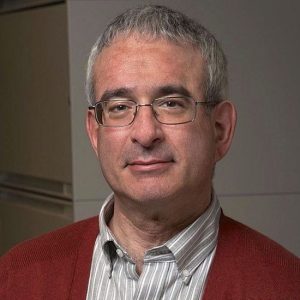 Joshua D. Angrist was raised in Pittsburgh, Pennsylvania, and he bagged his B.A. and both M.A. and Ph.D. in economics from Oberlin College and Princeton University, respectively. The research interests of the Israeli American economist and Ford Professor of Economics at the Massachusetts Institute of Technology include “the economics of education and school reform, social programmes and the labour market, the effects of immigration, labour market regulation and institutions, and econometric methods for programme and policy evaluation.”

As a Ford Professor of Economics, Angrist teaches his students econometrics and labour economics. His high-impact research, especially his expertise in using quasi-experimental research designs to analyze the implications of public policies and changes in economic or social circumstances, contributed to his rank as one of the world’s top economists in labour economics, urban economics, and the economics of education. Angrist’s display of exceptional knowledge of econometrics and his high-impact publications on causal relationships earned him the 2021 prize in economic sciences along with Guido W. Imbens. 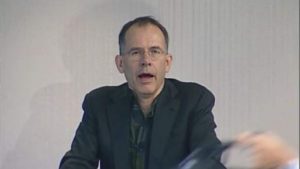 The Dutch American economist and Stanford Graduate School Professor of Economics, Guido Wilhelmus Imbens, was born in Eindhoven, the Netherlands. He earned his B. A. in economics from Erasmus University Rotterdam and Ph.D. degree from Brown University. Imbens taught at Harvard University, UCLA, and UC Berkeley, and he specializes in econometrics, with a specific focus on the methods of drawing causal inference.