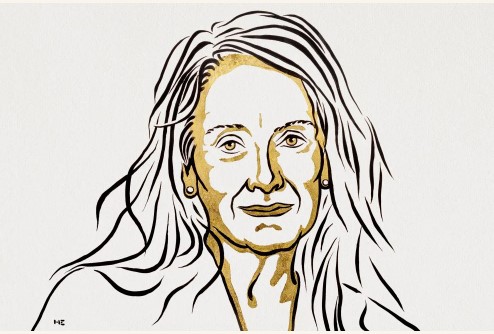 The French Novelist Annie Ernaux was declared the 2022 Nobel Prize in Literature winner by the Nobel Committee today. Annie Ernaux was considered the prize recipient “for the boldness and clinical clarity with which she reveals the roots, estrangements, and collective restrictions of human memory.”

The 2022 Nobel Prize in Literature winner was born in 1940, and she grew up in Yvetot, Normandy. She is a French Writer and Professor of literature and her literary work, which are primarily autobiographical, maintains close links with sociology.

Over the years, Ernaux constantly and from many perspectives investigates a life characterized by significant gender, language, and class differences in her literature.

Annie Ernaux has in the past won several awards, as indicated in her Wikipedia profile. Her previous awards include the following:

2014 Doctor honoris causa of the University of Cergy-Pontoise

2017 Prix Marguerite-Yourcenar, awarded by the Civil Society of Multimedia Authors, for the entirety of her oeuvre