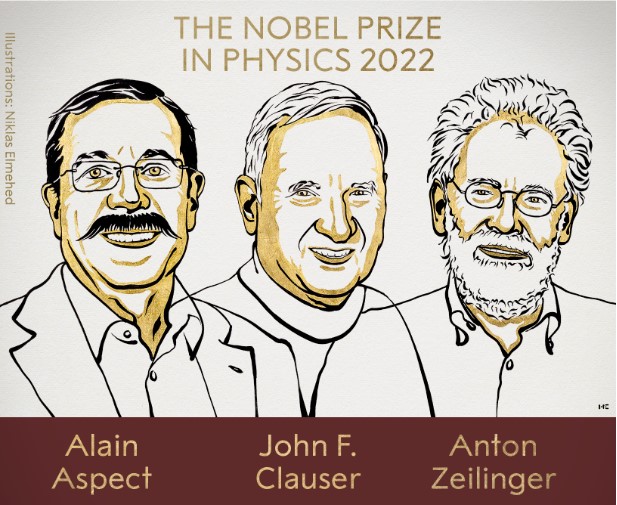 The Royal Swedish Academy of Sciences recognized these scholars “for experiments with entangled photons, establishing the violation of Bell inequalities and pioneering quantum information science.”

On different occasions, each of these scholars has utilized entangled quantum states to conduct groundbreaking experiments in which two particles act as a single entity even though they are separated. Their findings have paved the path for novel quantum information-based technology.