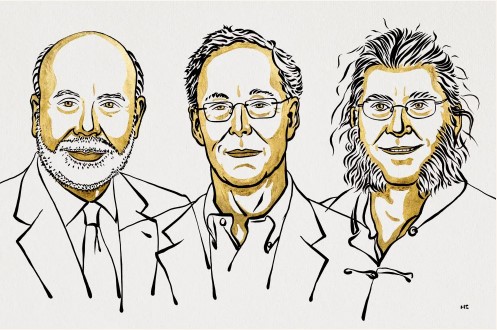 The Committee for the Prize in Economic Science has decided to award the Sveriges Riksbank Prize in Economic Sciences in Memory of Alfred Nobel 2022 to three Economists “for research on banks and financial crises.” These Economists are Ben S. Bernanke, Douglas W. Diamond, and Philip H. Dybvig. These laureates have improved our knowledge of the function of financial institutions and provided data-driven strategies to avert major financial disasters and costly bailouts.

Third, which is most important, they focus on addressing the financial industry’s problems. Ben Bernanke, Douglas Diamond, and Philip Dybvig developed the baseline model for the study of Modern Banking in the early 1980s. Their studies have been instrumental in managing financial crises and regulating the financial markets.

The biggest economic catastrophe — the Great Depression of the 1930s — was analyzed by Ben Bernanke, and he demonstrated, among other things, how bank runs were a key reason why the crisis deepened and lasted so long. Ben Bernanke claims that important borrowers’ information was lost when the banks failed and were very difficult to recover, which of course reduced the ability of the society to allocate savers’ money to profitable investments.

Savings are significant to every economy because they go into investments and help the economy to run smoothly. But there is tension here. What is this tension? Savers always want to have their funds immediately after they demand it, while companies and Real Estate Investors also need assurance from the bank that they will not be required to pay back their loans early. Of course, this is a great concern for the banks. Diamond and Dybvig’s hypothesis demonstrates how banks address this issue. According to them, banks provide depositors access to their money whenever they choose by serving as middlemen that take deposits from various savers and provide long-term loans to borrowers.

Their hypothesis also shows how rumour of possible bank failure associated with the activities of the savers, companies, and real estate investors may crash the banks. According to them, the rumour may become true and lead to a bank’s collapse, if many savers rush to the bank simultaneously to withdraw their money. These laureates provided an effective solution by suggesting that the government should offer deposit protection and serve as a lender of last resort to banks. Also, Diamond suggests that Banks should always determine the creditworthiness of borrowers and ensure they use the loans for a profitable investment.